A missionary follows in the footsteps of St Mary MacKillop 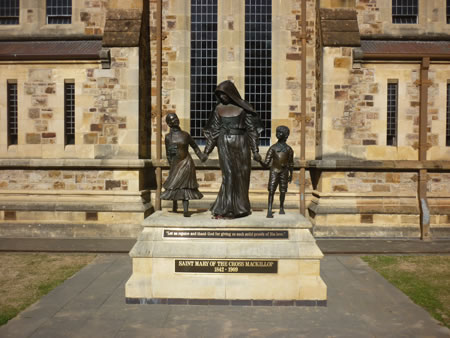 A recent pilgrimage ‘In the Footsteps of Mary MacKillop’ was a profound experience for Fr Nick de Groot SVD, helping him to reflect not only on God’s constant presence throughout his missionary life, but also on the leap of faith taken by his migrant parents when they moved to Australia.

Fr Nick joined 20 other pilgrims from October 22 to November 2 on a journey that took them from Melbourne, where Mary, Australia’s first saint, was born, to Hamilton, Portland, Penola, Robe and Adelaide before flying on to Sydney for the final three days of visiting, reflection and prayer.

He says he was prompted to join the pilgrimage by his longstanding friendship with some Josephite sisters and because he has long been inspired by the history of the Josephites in reaching out to the marginalised.

“Their early times in the outback, living a frugal life, a life of utter simplicity – that is a very powerful story,” he says.

Fr Nick says it’s hard to put the personal experience of a pilgrimage in a nutshell, but there are a few things that stood out for him.

“The strength, the courage, the faith, the perseverance, the impact that Mary had on so many lives in such a relatively short life span of 67 years. She faced the wrath of several bishops and priests with patience, humility and trust in God. In the first four and a half years of her being called ‘Sr. Mary’, she and her sisters were teaching in 45 places for the poor children she found. Her schools and centres were open to all who were in need,” he says.

“Her motto was: ‘Never see a need without doing something about it’.”

Fr Nick says the pilgrimage  opened up for him the life of St Mary of the Cross and Fr Julian Tenison Woods, the co-founder of the Josephites, but also opened up his own story with God and the stories of his fellow pilgrims.

“I finished with a deeper sense of gratitude and joy for the God of all,” he says. 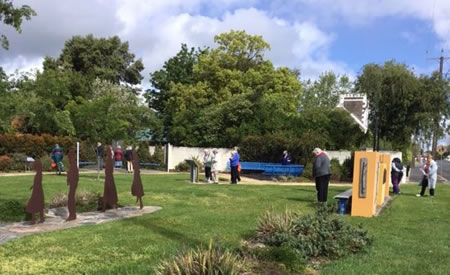 In particular, he found that the reflections on Mary’s mother leaving Scotland and everything and everyone she knew to make a new life in Australia helped him reflect on the faith of his own parents who had left Holland with their eight children when Fr Nick was just 10 years old.

“It just sort of hit me,” he says. “I thought ‘wow – the faith of my Mum and Dad to take that leap of faith to leave everything  behind and start a new life in an unknown place. It helped me to see all of that in a new light.”

Fr Nick says the opportunities for reflection and listening in the pilgrimage program also helped him see the presence of God in his own life as a Divine Word Missionary – a life which has seen him working as a missionary in Papua New Guinea and the Philippines as well as periods of study in Rome and Germany.

“Looking back, I can see that God has been found in every place I’ve gone to. Wherever I’ve gone, he’s been there,” he says.

“This pilgrimage – reflecting on my own story with God and listening to others’ stories with God – helped me see that clearly. It was a real gift.”

Fr Nick says the introductory note in the pilgrimage booklet sums up how he feels: “Walking in the footsteps of Mary MacKillop will, if it achieves its purpose, enable the pilgrim to go beyond her journey into our own. May all making this pilgrimage know her as a companion and friend as, like her, we journey into our hearts and open them to God.”  (Sr Mary Cresp RSJ)

TOP RIGHT: The statue of Mary MacKillop with school children outside Adelaide's St Francis Xavier Cathedral was one of the pilgrimage focus points.