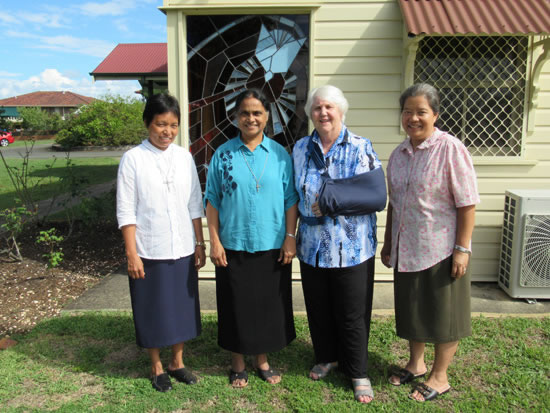 The Holy Spirit Missionary Sisters are celebrating 75 years of their presence in Brisbane this year, though the planned celebrations on the anniversary day, March 28, had to be cancelled because of the COVID-19 pandemic restrictions.

Eighteen Holy Spirit Sisters, who were survivors of the Japanese prison camps and death ships in Papua New Guinea during World War II, arrived in Brisbane in May 1944, joining five others who had come earlier, after trekking for months across the mountains and valleys of PNG. Fifty-four of their Sisters had died tragically during the War.

Their bodies were sick and weary, their spirits sad and laden with heavy memories, but they were grateful to be alive, and had the will to continue living and serving. At the invitation of Archbishop James Duhig, the sisters set up their first convent at the Raff Farm property at Aspley and the Sisters moved in there on 28 March 1945 – making 2020 a special milestone in their life and mission in Australia.

Today, the Holy Spirit Sisters are well known and loved for their many years of ministry to the sick through the hospital and Aged Care they ran, as well as a range of other pastoral ministries, especially with the marginalised.

Australian Provincial, Sr Philomina Mathew (Sr Philo), says a number of preparations had been underway for a 75th anniversary celebration.

“We were supposed to have a memorable anniversary day on March 28. We had all the plans to come together as a Province, but we couldn’t make it because of the pandemic restrictions,” she says.

Preparations had included undertaking a series of reflections in each local SSpS community, guided by the work of a committee which had been appointed.

“The committee prepared reflection questions for us to reflect on individually and as a community,” Sr Philo says.

“Each community then sent their reflections to the committee and we were supposed to have a ritual on the Friday March 27, gathering together all our reflections. Then on Saturday, March 28 we were to have a meaningful celebration Mass, an outing and a barbecue in the evening.

“Well, we really wanted to have this celebration, as a Province  - we don’t know what the future holds for us.  It was meant to be a real time of thanksgiving.  And the Sisters have much to be thankful to God for with our 75 years of ministry in Australia.” 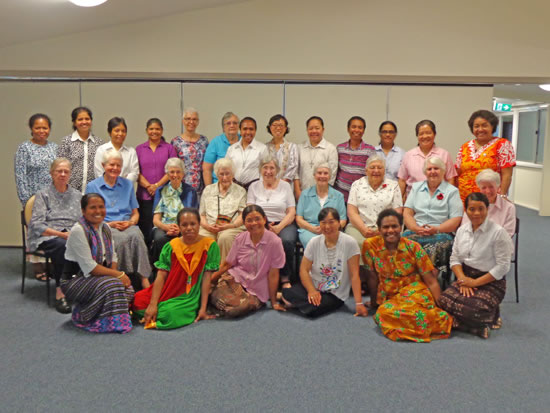 After arriving in Brisbane, fresh from the horrors of the War in the Pacific, the pioneers soon sought ways to be of service to the community.

They were from different countries of the world and all had a fire in their hearts – to share with others the love of the God they each knew personally.

They soon became involved with the local people around them and became a vital part of that area in Brisbane.

Over the years the Sisters have been involved in many ministries – among Aboriginal people, with refugees and migrants, prisoners, as pastoral assistants in parishes, hospital and aged care, with youth, Catholic Psychiatric Pastoral Care, trafficked women, inter-faith relations, retreats and spirituality ministry.

The Province includes communities in Brisbane, Sydney, Melbourne and Townsville.

Sr Philo says the Province is currently in a time of transition, with the Sisters having last year divested their hospital, aged care and retirement living communities in Brisbane to St Vincent’s Health Australia.

“So, it is a time of transition for us, and we don’t know what the future holds for us, but hopefully we might be able to have our anniversary celebration sometime, or maybe not, we’ll see,” she laughs.

“It’s definitely a time to give thanks.”

The SSpS Sisters were founded by Divine Word Missionaries founder St Arnold Janssen in Steyl, The Netherlands, in 1889, together with co-foundresses, Mother Maria Helena Stollenwerk and Mother Josepha Hendrina Stenmanns.

Today, there are about 3100 Holy Spirit Sisters from 48 nationalities continuing God’s mission in 51 countries.

BOTTOM LEFT: Members of the Province gathered together in pre-coronavirus times.