'Cry of the earth, Cry of the poor' - a reflection 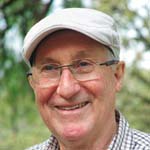 Province Coordinator for Justice, Peace and the Integrity of Creation

Every year since 1940, when the first Social Justice Statement was produced, the Catholic Bishops of Australia have responded to the social changes in this country and the wider world by bringing out their annual social justice statement. Responding to the signs of changing times, which have often brought with them a pandora’s box of social ills and inequalities, the bishops have endeavoured to touch both the consciousness of our political leaders and the heart of the ordinary citizen by raising awareness to the needs of the poor and those left out of the race to the top.

The Social Justice Statements, their release timed to coincide with Social Justice Sunday, have always been timely and relevant. For example, the one in 2003 was entitled, “A Generous Heart in the Love of Christ: Challenging Racism in Australia Today.” This was followed thematically by the 2006 statement, “The Heart of our Country: Dignity and Justice for our Indigenous Sisters and Brothers.” The challenge posed to Australia’s sense of self by the arrival of thousands of refugees from conflicts in Asia and the Middle East resulted in the well-focussed document, “Who is my Neighbour? – Australia as a Global Citizen” (2007), and the equally confronting Statement of 2015-16, “For Those Who’ve Come Across the Seas – Justice for Refugees and Asylum Seekers,” continue to remind us to share what we have. As the bishops reminded us in 2007, 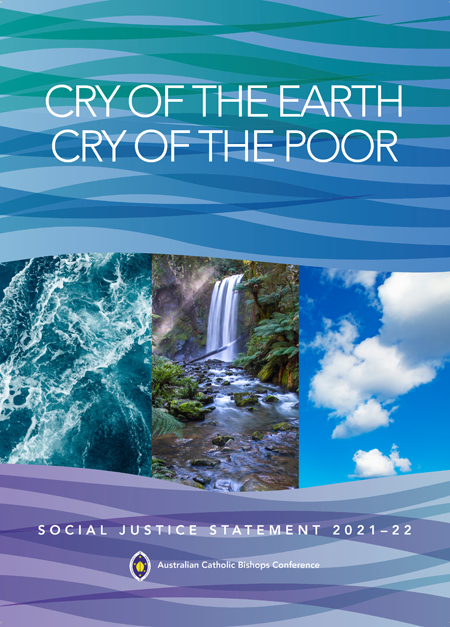 “Even in times of crisis or in the face of the seemingly insurmountable challenges of war, terrorism, hunger and disease, we are called to recommit ourselves to our neighbours and to act in the interests of people who do not share our prosperity and security.” (SJS 2007 – “Who is My Neighbour?”)

“For Those Who’ve Come Across the Seas” was so relevant to the times, so thought-provoking and soul-searching, that it became the central concern of the SVD Australia Province’s social justice outreach. To remind myself that we are all migrants and settlers – how can we forget? – I framed the front cover of this Statement and mounted it on the wall above my desk. I see it every day when I enter the office, and say a prayer of thanks for all those who have found a new life in Australia, at the same time keeping in mind all those who didn’t make it.

This year’s 2021-22 Social Justice Statement, “Cry of the Earth, Cry of the Poor,” mirrors an earth in crisis, an earth exploited and suffering, an earth that will not support humanity’s beauty and diversity much longer unless we act now. The bushfires, the devastating floods, a rampant virus pandemic – these are the signs of populations in peril. Always, it is the least developed nations that suffer the most. Recalling the intentions and efforts of Pope Francis in ‘Laudato Si,’ the Bishops of Australia draw our attention to these phenomena and invite us into a concerted response. Through compassionate listening we seek to hear the true stories of peoples’ experiences, of their sadness and loss of supportive communities, of their hopes for their children, and thus to know that these things are not happening to others continents away, but are also happening to us because we are all interconnected through the Laudato Si concept of our Common Home. ‘Who is my neighbour?’ My neighbour is anyone who is suffering, who is hungry and thirsty, who is sick, whose house is burning, whose children are drowning.

‘Cry of the Earth, Cry of the Poor,’ challenges each one of us to seriously consider how we live and utilize precious resources, and to ask ourselves, ‘Can I use less?’ It is a call to care for country, and together with our First Nations peoples, who have always lived their lives interconnected with nature and creation, to learn from their spirited wisdom to achieve a sustaining balance, because ‘we do not stand outside of creation but are a part of it, joined in splendid communion with other creatures.’ (p.11).

This year’s Social Justice Statement quotes generously from Pope Francis and his previous writings, ‘Fratelli Tutti’ and ‘Laudato Si,’ and invites the faithful to embrace the ‘Laudato Si Action Platform’ – a seven-year journey towards ecological sustainability, with seven Laudato Si goals.  Families, parishes, dioceses, schools, universities and colleges, hospitals and healthcare organisations, businesses and farms, and religious orders from all over the world are all invited to join the journey. A commitment of seven years is a considerable effort, but as concerned humans we cannot delay our response to our earth’s moment of crisis.

At the moment, the papal Dicastery for the Promotion of Integral Human Development is working on ideas and resources for promoting action and achieving the seven ecological goals. These will become available through Vatican channels (and this JPIC office). More information on the Laudato Si Action Platform and the part you can play in creating a sustainable world can be found by downloading the 2021-2022 Social Justice Statement of the Australian Bishops, ‘Cry of the Earth, Cry of the Poor’ from here: https://socialjustice.catholic.org.au/resources/social-justice-statements/

(Fr Michael Hardie spent 14 years in mission in Vietnam, from 1997 to 2011. He is now the JPIC Co-ordinator for the Australia Province, and the Director of Professional Standards and Safeguarding).