Social media opens up new avenues for mission in PNG 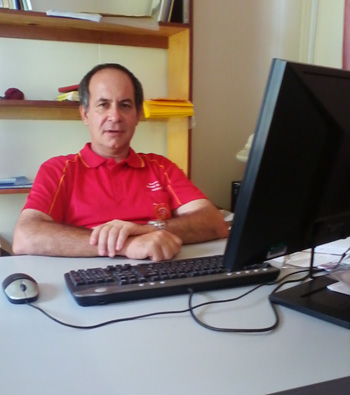 Despite poor internet connections and challenging physical terrain, social media is emerging as a new tool of communication, mission and evangelisation in Papua New Guinea, and young people are leading the way.

Fr Giorgio Licini PIME, is the Communications Secretary for the PNG and Solomon Islands Catholic Bishops Conference, and is also the chaplain at Divine Word University, Madang. He was in Australia recently as a guest delegate at the Australasian Catholic Press Association conference in Melbourne.

Belonging to an Italian missionary society, Fr Giorgio has experience as a journalist and has been ministering in Papua New Guinea since 2003. He took up his current role in social communications in 2012.

He says while resources are few, social media is opening up new avenues for communication across PNG.

“Our office is really just a name,” he laughs. “There is no office. So I’m trying to do what my predecessor was doing very well and also to build on it.

“Our main problem in the present situation in media is the weakness of the internet. Without good internet, you are really handicapped in what you can do.”

Fr Giorgio says while landline telephone access is very poor across PNG, especially in the highlands, mobile technology has improved a lot.

“People in remote areas will soon have internet access through their mobile devices,” he says. “And this will be the case even in areas where there is no electrification, because people can use their car batteries to recharge mobile phones.

“So we have to be aware of this and make sure that our websites are all mobile-friendly. In PNG we have to do things according to our capacity.”

The other key area of Fr Giorgio’s work in communications is to provide education and training for Church personnel and young interested people.

“The key for us is to involve our people, our religious and priests, in this,” he says. “It is a job for everyone, but especially for our young people, who are more familiar with this type of communication.”

To this end, in June, the Commission on Social Communications of the Catholic Bishops Conference of Papua New Guinea organised a symposium on social media for diocesan and religious seminarians to mark World Communications Day. A similar day of formation was held for the country’s Bishops. And in November a basic media training course will be held for pastoral workers, those involved in the diocesan radio station and those engaged in the production of Catholic newsletters.

Fr Giorgio says there is a growing enthusiasm about the possibilities of social media in PNG, with at least 150,000 people in the nation now on Facebook.

But, he warns, pastoral workers need to operate on a “double lane pastoral highway” in order to not neglect the majority rural population, while being aware of the new culture shaped by media for students, professionals and urban residents.