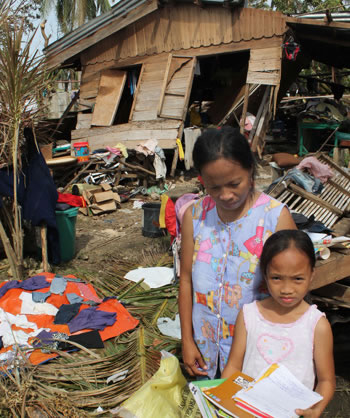 Divine Word Missionaries, who are on the ground in the worst affected areas of the Philippines, say they are “racing against time” to reach all those who are dying of hunger, thirst and illness in the wake of Taiphoon Haiyan.

And to help the SVD Disaster relief team to quickly assist those in most need, the SVD AUS Province has established a special Appeal to which people can donate from today.

Fr Eugene Docoy SVD, one of the directors of the relief operations, says he is thankful for the generous response that people have given to the Philippines which has suffered a series of natural disasters in recent times.

“This is already the sixth big calamity that has struck the southern Philippines in less than two years,” he says in an email to the SVD AUS Province Mission Secretary, Fr Henry Adler SVD.

“We ask: when will this ever end?

“The situation here is really very, very sad. We are racing against time. More than 10,000 people have already died and more are dying due to hunger, thirst and illness.”

Fr Eugene says that in Tacloban, the worst hit area, the SVD has a high school with close to 2000 students and four Divine Word Missionary confreres on staff.

“Our confreres are fine but I am almost certain that many of our students have perished,” he says. “Our school buildings are destroyed, roofs were blown off and many facilities floated on the waters.” 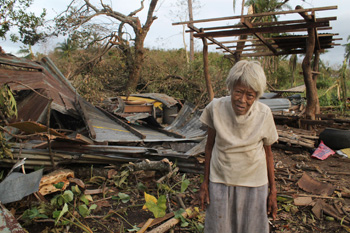 Fr Eugene is helping to co-ordinate an SVD relief operation, based at the moment in Cebu City, which is getting donated goods directly to the people who need it most, especially as road networks begin to be restored, allowing goods through.

Fr Henry Adler SVD says the Divine Word Missionaries AUS Province has established a special appeal to assist Fr Eugene and his team in their efforts to help people with basic needs like food, clean water, shelter, and clothing.

To donate to the SVD AUS Province Appeal, simply click here to access our secure online donations facility. Thank you for your generosity.