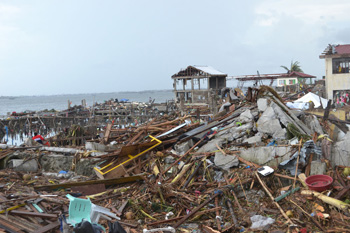 The Divine Word Missionaries, who have a strong presence in the Philippines, have been on the ground in the areas worst hit by devastating Typhoon Haiyan (Yolanda), spearheading a massive relief effort to help the injured, homeless, starving and bereaved.

To support this effort, the SVD AUS Province set up a special Philippines Disaster Appeal, to direct donations straight to the relief teams and to the people in desperate need.

“We have been humbled by the donations that we have received so far,” says Mission Secretary and Provincial-Elect, Fr Henry Adler SVD.

“All donations, large or small, are being gratefully received, and are being sent directly to the disaster relief teams on the ground, helping to provide food, blankets, clothing and other necessities to people who have lost everything in the Taiphoon, which is said to be the biggest storm ever to hit landfall.”

Fr Henry says the scale of the disaster means that the recovery effort will be carried out in two phases – the immediate relief phase and a much longer phase of rebuilding and restoration of housing, livelihood and hope.

The SVD relief team reported that the initial disaster was beyond imagining, with thousands of people killed and many more left without shelter, food or clean water. The only functioning hospital in Tacloban was the Divine Word Hospital, but it was without electricity, as well as lacking in essential medicines, water, doctors and other medical personnel. 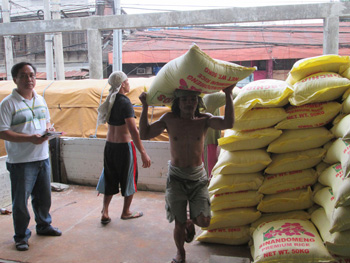 SVD Superior General, Fr Heinz Kulueke says that in the initial relief effort, the SVD disaster team distributed 10,000 relief food packs to families, many whom were still starving. Students from the University of San Carlos, together with other volunteers were tireless in their packing of relief goods.
The first batch of relief packs covered the barangays (villages) of Bantayan Island. This week, the relief goods arrived in Tacloban.

“The relief operations are being scaled up to the next phase, which is rebuilding and livelihood rehabilitation,” Fr Heinz says.

“This particular phase needs careful planning and an efficient implementation process. The relief operations in the first phase are providing the needed information on the situations of each affected area, families and individuals.”

Fr Heinz thanked all who have helped the relief effort by donating to the SVD appeals around the world.

“At a glance, with the devastation and great loss of lives and property, one is overwhelmed,” he says.
“As is evident in the pace of relief operations staged by the Divine Word Missionaries, we are responsibly making use of resources available through your generosity to deal with the aftermath of super storm Yolanda (Taiphoon Haiyan) and more specifically with the immediate needs of those who survived.

“Again, with you, we can say to those who survived the aftermath of the typhoon: ‘You are not alone’.

“Thank you very much for your support.”

You can help by donating securely online to the SVD AUS province appeal. Click here. 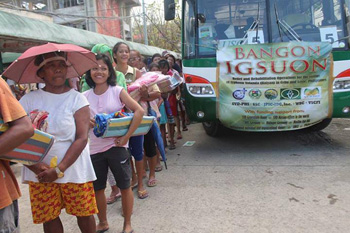 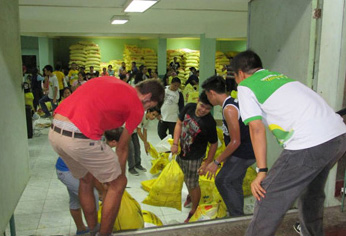