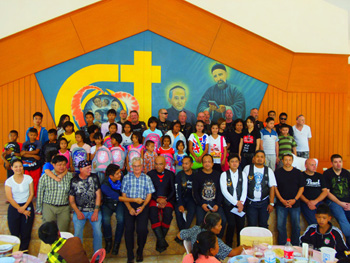 It was all engines revving when a group of motor cyclists rode into Thailand’s Mother of Perpetual Help Centre on their Harley Davidsons to spread some Christmas cheer among children and teenagers whose lives have been affected by the HIV virus.

The Mother of Perpetual Help Centre in Nong Bua Lamphu, Thailand, is a centre for the care and development of HIV infected people, as well as the poor, under the care of the Divine Word Missionaries Australian Province.

Its aim is to assist homeless and abandoned children to have a decent home and livelihood and a proper education, as well as to create and promote awareness of the HIV disease in schools as a means for future prevention.

Br Damien Lunders SVD says the young people of the centre received a Christmas treat recently when a host of different motor cycle groups rolled in on their motor bikes.

“They arrived with gifts of clothing, toys and a wonderful meal, not only for our teenagers from Ban Mae Marie (Mother Mary House), but also for 20 children at the Centre receiving their monthly scholarship from donors from France,” he says. 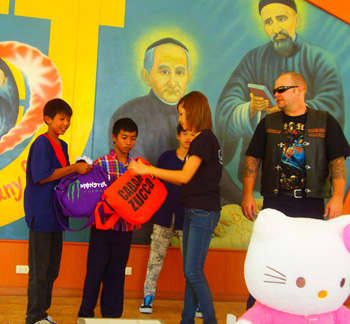 “They were big, rough looking cyclists, but all with a very big heart.”

The young people are also gearing up for their much-loved annual Christmas pageant.

“Every year before the Christmas Eve parish Mass, the children and teenagers put on this pageant at the Sala for the parishioners who come to Mass,” Br Damien says.

“After the pageant there is a procession from the Sala to the Church which is attended not only by the Catholics, but also by many friends of the Church and the Centre who are Buddhists, as well.
“After Mass everyone celebrates a meal together with gifts and games.”

Mother of Perpetual Help Centre first opened in 1997 to care for people with AIDS and to provide counselling. In 1998 the Bishop fo Udon Thani asked the Society of the Divine Word to take carriage of the fledgling AIDS centre.

Br Damien says that later, as the needs grew, the centre developed other programs helping HIV families with self-help projects, such as the cattle project and food and education programs to help children, a home for HIV infected and abandoned children, a hospice to care for HIV infected adults.
More recently Ban Mae Marie opened its doors to take in homeless children and teenagers whose parents have died from the disease, some of whom also have the disease themselves. 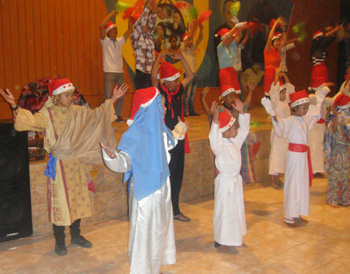 “Teenagers at Ban Mae Marie are doing well,” Br Damien says. “Four of them who have been waiting to take special training at the local government vocational school have begun their studies – two with training to repair air conditioners and two learning computer science.

“Once of the fellows who had completed his studies in repairing air conditioners is now working full time in a neighbouring Province. He returns every three months to collect his medications at the hospital here.

“One of the girls has been studying office and computer management and is doing well. Others continue at the local schools.”

Br Damien says despite the challenges experienced by the people who come to the Mother of Perpetual Help Centre, Christmas is always a time of joy and community sharing, thanks especially to staff, volunteers and the generosity of groups such as the gift-bearing motor-cyclists. 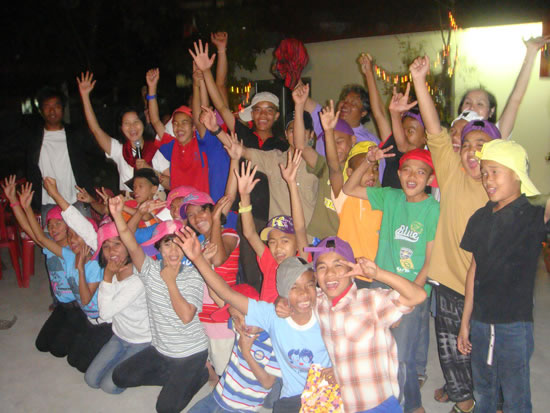