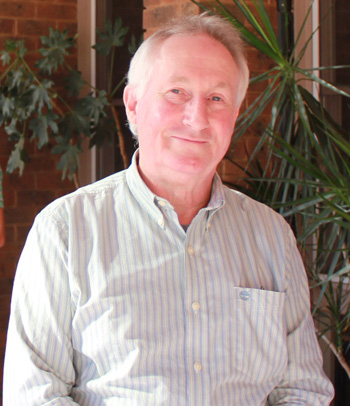 Dorish Maru College, the house of formation for the SVD AUS Province, has a new rector, with Fr Michael Hardie’s appointment being one of a raft of reassignments to be made under the new Provincial leadership team.

Fr Michael, pictured right, replaces Fr Joseph Vu SVD, pictured below, who leaves Dorish Maru College to take up his new role as District Superior of the Queensland District and chaplain to the Vietnamese Community in Brisbane.

Fr Michael, who has most recently been engaged in ministry at the Janssen Spirituality Centre in Boronia, Victoria, says he is looking forward to the new challenge ahead.

“I have had a lengthy association with our Seminary and House of Formation at Box Hill in Melbourne,” he says.

In fact, Fr Michael began his own formation studies at Yarra Theological Union at Box Hill in 1991, followed by ordination to the priesthood in 1996. From there he spent 14 years in mission in Vietnam, engaged in language and culture studies, administration and training, and in teaching English as Foreign Language at the University Ho Chi Minh City. He returned to Australia in 2005 to study for a Master of Education at Australian Catholic University. After finishing the Masters in 2006, Fr Michael returned to Vietnam for a few more years teaching before returning to Australia and taking up residence at the Janssen Spirituality Centre.

“I believe this will be a challenging task, to be in charge of a formation house full of overseas students, senior staff members and guests,” he says.

“Fortunately, the house is not new to me, having had the opportunity to serve under several rectors in the past. 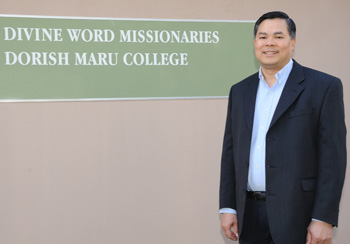 “It is my intention, having embarked on this vital ministry, to build on what has been laid down already, and to encourage all those in my care to become, as far as possible, who they want to be as Divine Word Missionaries.”

Fr Boni Buahendri will be Vice-Rector of Dorish Maru College.

Across the Province, the new appointments include: Fr Asaeli Rass as Coordinator of Ongoing Formation; Fr Boni Buahendri as Prefect of Scholastics and Overseas Training Program Director; Fr Larry Nemer as Academic Dean; and Fr Elmer Ibarra as Vocations Coordinator.

More appointments are expected after the next meeting of the Provincial Council.