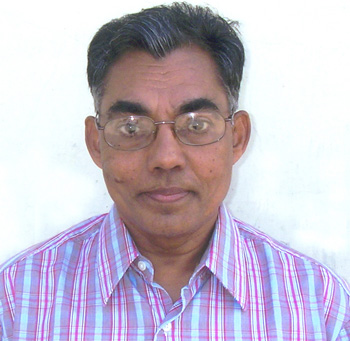 A group of outstanding missiologists and theologians will gather in Melbourne later this year for a symposium entitled ‘Mission Beyond Ad Gentes’ – to mark the golden jubilee of the Second Vatican Council’s decree on Mission.

The International Mission Symposium is a joint initiative of the Divine Word Missionaries, the Yarra Theological Union and the Australian Association of Mission Studies. It will take place on October 2-3 at Box Hill, Melbourne.

Fourteen speakers from the Divine Word Missionaries and Holy Spirit Sisters will each speak on a selected theme, looking at what progress has been made in Mission over the last 50 years, as well as what the future might hold.

Organiser of the event is Fr Jacob Kavunkal SVD (pictured right), the Head of the Department of Mission and Ministry at the Yarra Theological Union. He says the Symposium aims not just to celebrate, but to explore how we have to go further.

“Fifty years have brought much change,” Fr Jacob says. “Hence, we have to ask not only what were the new things that Ad Gentes said regarding mission, but also what are the changes that we have gone through since then? Hence, what direction should we take today? What more can be said today? This is what each of the paper presenters will be doing.

Fr Jacob says that with the 50th anniversary of Ad Gentes coming up on December 5, it is a good time to appreciate the role the SVD has played in Mission theology and development over the years.

In fact, Fr Jacob says the SVD had an active role in Mission theology ever since the Society’s birth, towards the beginning of the 20th Century.

“In that spirit, I wish that the Society make a contribution to Mission theology today as well,” he says. “Hence, all the paper presenters are prominent SVD/SSpS mission theologians from different parts of the world.”

“My hope is that all the papers will be of high quality and that the resulting collected volume of the works will be a relevant contribution to Mission and Mission theology today,” Fr Jacob says.

He says the Symposium is also part of the SVD mission animation activity for the Church in Australia, as well as the SVD contribution to Missiological formation at the Yarra Theologcal Union and through it, to Melbourne’s University of Divinity.