Annual retreats offer time out to get back to the foundations 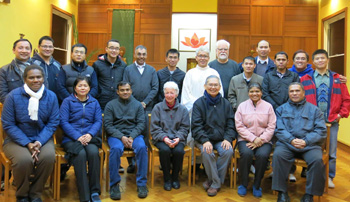 The Founding Generation of the Arnoldus Family has formed the inspiration for reflection at the annual Provincial retreats for members of the Divine Word Missionaries and Holy Spirit Sisters this year.

The retreats have been held in Thailand, Alice Springs, Boronia (Victoria) and Marsfield in Sydney, and have provided a much needed time for the prayer, reflection and recharging of the batteries that is so necessary for missionary life. 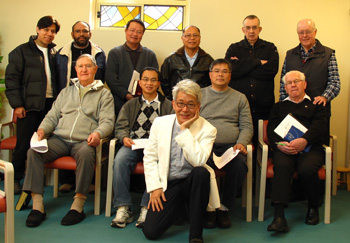 Fr Michael says the retreats presented to the SVDs and the Holy Spirit Sisters the ‘Determined’ and ‘Listening’ characteristics of St Arnold, the founder of the Divine Word Missionaries. They also presented the ‘Persevering’ aspect in Blessed Maria Helena’s life, the gift of being a ‘Joyful’ missionary of Mother Mary Michael, and the ‘Contented’ attitude of the two leading figures of the SVD Brothers, Br Marcolinus and Br Bernard. Last, but not least, the retreat focused on the willingness to be ‘Converted’ by the people whom he served of St Joseph Freinademetz, one of the the first SVD missionaries.

He says retreats are an important time-out in the life of a missionary and for all disciples of Jesus.

“After being sent out to different villages to preach the Good News and cure the sick, Jesus’ apostles returned to him,” Fr Michael says. “Surprisingly, the master told them to go to a deserted place for resting (Mark 6:30-31).

“Perhaps Jesus really wanted his disciples to leave the busy world behind, so they would be able to re-examine the journey they had just gone through. Living in the world that is daily bombarded with numerous voices, modern people sadly fail to recognise the voices of their own hearts.

“Retreat, therefore, plays a significant role in one’s life. During the retreat, attendees are required to leave everything behind and be silent. They are advised not to bring along smart phones and have access to the internet. Meals are served in silence. They don’t converse with anyone but their own souls. Hopefully during the silent period, modern people will be able to listen to the voices of the Lord God and their own inner beings.” 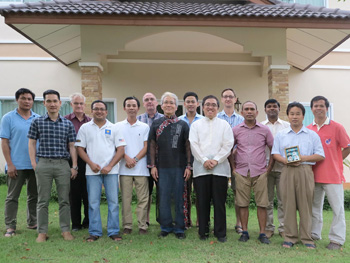 In a reflection on the retreat held with confreres at Nong Bua Lamphu in Thailand, Truong T. Le SVD says the time apart helped him to see that although all sinners and all from different backgrounds and cultures, the SVDs in Thailand are together for a purpose.

“Once in a while we need to reflect and strip ourselves of anything that takes us away from God’s call, God’s mission. This annual retreat took us back to our founding generation,” he says.

“In a way, the grace that we received is getting back to that basic truth: we are because God is. We are doing some good for the people of Thailand because God made it work.

“So, why this group of men? Why this bunch of sinners? The answer is, 'only for the glory of God'.”

To read Truong's full reflection on the retreat held in Thailand, click here.