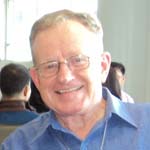 While at Sydney University in the late sixties, I belonged to the Catholic Bushwalking Club. Groups of us would go for day walks and weekend camping in the Blue Mountains, this being a well-known mountain range west of Sydney. There were a number of Columban Missionary priests who were also present on these different walks and camping weekends.

When I finished my studies in Geology, I applied and was accepted to work for a mining company in Queensland. However at the same time that career seemed less and less appealing. One time when I was on a Bushwalking camping trip I experienced a calling to follow Jesus as a priest.

Our group had enjoyed dinner together around the campfire and I had retired to my sleeping bag in my tent. As I lay there it suddenly struck me that I needed to become a priest. I must say that the Columban priests had never said anything to me along these lines. I actually found out later that this was the last thing that they would have expected of me. Anyway as I lay there in my sleeping bag that night it was like I received this certainty that being a priest was what I should be about.

The next morning I talked to one of the Columban priests about this and he was more than surprised. I discovered then a desire to turn to God and Jesus in prayer. When I was back in Sydney I started to visit a church called St Francis in the Sydney CBD and I experienced a great desire to spend time there in prayer.

It became clearer to me that my desire was to become a member of a Missionary order rather than a Diocesan priest. This itself was remarkable because I had never set foot outside of Australia.

I made an appointment to meet with the Columban Vocation Director in the then Columban seminary in Turramurra, Sydney. It has since closed down. While I was talking about joining immediately, he advised to give it more time and apply, say in a year’s time. He was probably not too impressed by my enthusiasm. 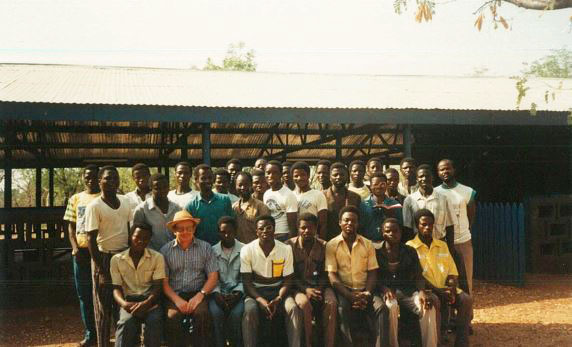 At the same time, my mother was working in the Library at the newly opened Macquarie University, and she had some contact with SVD’s who lived nearly on Epping Road and came to the University looking for books and journals. She recommended I contact this group and so I made an appointment for the Vocation Director to visit our home. After that he asked me to have an interview with another SVD priest for purposes of confirmation.

I was accepted and travelled to Marburg in Queensland to begin my Novitiate with Fr Frank Gerry.

After Novitiate and two years of philosophy studies I travelled to PNG for my Overseas Training Program. My time in PNG was very important in terms of concretely realising my calling as a missionary. Later during theological studies in Chicago , my Formation Director was to tell me that my time in PNG had been decisive in terms of realising my missionary calling and I did agree with that assessment.

At the time of applying for Final Vows, I also applied to return to PNG as a missionary priest. However the priority of the Society, at that time, was Africa and I received my first appointment to Ghana.

Once in Ghana, I found myself in the northern part of the country amongst the Konkomba people. As regards the Christian faith this was an area of primary evangelisation, whereby the people were becoming first generation Christians. The people lived in villages of mud houses and thatch roofs and followed traditional customs and practices. I decided the best way to learn the language was to live in one of the villages, there being no school for that particular language group.

In the Parish we combined Primary evangelisation with socio-development projects like primary health care, improved agricultural practices and the digging of wells which later developed into the drilling of boreholes. The boreholes were a tremendous advantage for the women especially, in terms of access to clean drinking water, because the women were the ones who traditionally carried the water from its source to the village. These boreholes could be drilled even in the middle of the village. No more need to carry water in a bucket on one’s head for many kilometres, during the long hot dry season.

Living in Ghana for 15 years went deep into my heart and mind and it was very difficult to make my farewell when I was transferred back to Australia for Formation ministry.

Life as a missionary priest has its ups and downs as with any vocation, but I've never regretted answering God's call that came to me all those years ago in my tent on that bushwalk. Fifty years later, I'm still answering it every day.

PHOTO: Fr Michael Knight SVD with a group of local villagers in Ghana in 1991, following a meeting of village prayer leaders.