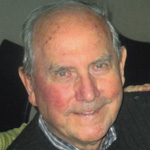 During this Easter time, I have become increasingly aware of how caring and tender Christ is towards those who are close to him.

My awakening to this began in Christ selecting three to witness his Transfiguration prior to his suffering. Surely, a prized privilege! This is followed by his extraordinary words and actions at the Last Supper - the washing of the feet and the heartful words as recorded in the Gospel of John. Actions and words of deep tenderness and care!

Then there are the appearances and interactions of the Risen Christ, and as we are in Easter time let us recall those appearances:

Imagine the joyful surprise of sorrowing Mary Magdalene when Jesus calls her by her name, Mary! She just leapt into his arms! I am sure we all have a sense of the tenderness in the quality of his voice as he called her name.

There is the understanding and encouragement he gave to poor Thomas who couldn’t bring himself to believe in Christ's Resurrection until he could place his hand in Jesus’ pierced side. Thomas was so caught up in his own sense of disbelief and possibly resentment of Jesus choosing to return to Jerusalem. John quotes him as saying: "Let us go to die with him" (Jn. 11:16). Christ coaxed Thomas beyond his wounded ego to a protestation of faith, "My Lord and my God" that sustained and carried Thomas all the way to India.

The one appearance we know nothing about is his appearance to his own mother, Mary!  That must have been very special!

Then there are the two distraught disciples travelling toward Emmaus! How gentle and understanding was the presence and help that Jesus offered them; and finally, there is the magic of his interaction with Peter whom he meets by the Lake Tiberias.

Remember Peter leapt half-naked from the boat when John suggested the person on the shore calling to them was the Lord. Christ, in his turn, coaxes Peter beyond his denials and self-doubts into a public profession of his love for Jesus.

Let me share with you a short poem of mine that catches the interaction.  It is entitled I Once Called You, Peter.

I once called you Peter, and

you left all behind.

Are you going to return to

Is the cross such a scandal?

Are you going to retreat

from your pain and confusion

into a wanton dreaminess

Or have you come here to the

Lake of Tiberias to rekindle

the dream you had when I first

called you from your nets?

I sense you feel vulnerable

and unsure of yourself and that is

why I am here.

I am with you in your need.

I only want to help you get

in touch again with your

Yes, Peter, I know you love me,

but do you know that?

That is why I asked you!

Of course, faith in the tender, intimate Jesus does not protect us from the hardships of life but it can resource us. Faith in the Easter Jesus can sustain us when the times are hard. There is no shame in saying that!