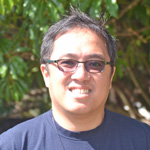 During his prime, Muhammad Ali, the heavyweight-boxing champion of the 60s and the 70s proclaimed one day, “I am the greatest! I am the greatest!” When he said this nobody tried to refute it, for during his time, he was indeed the greatest. And even though this statement is very debatable, especially if we’re going to judge whether he is the greatest ever, I guess there is some truth to it as far as boxing is concerned.

In the gospel for today, Jesus is giving us a definition of who is the greatest in kingdom and how to become the greatest. Sadly, in this episode, Jesus made his second prediction of his passion, death and resurrection. Jesus narrates to his disciples how the Son of Man will be arrested, suffer, die and on the third day rise again. This should be an important talk among his disciples and at least Jesus was expecting some sort of concern from his disciples whom he considers his close friends. However, much to his dismay, it seemed that they were not listening on this important announcement and they concentrated on arguing among themselves about who was the greatest.

Of course, because the expectation of the disciples about who Jesus was, was that he was more of a political messiah, we can assume that the disciples were jockeying for positions in the restored kingdom of Judah which Jesus would establish - well that was their hope. So, they were trying to position themselves as to who would be for example, prime minister, treasurer, minister of foreign affairs, etc. And to determine that, they had to settle among themselves the question of who was the greatest. However, Jesus surprised them all with his explanation of what it means to become the greatest.

Interestingly, Jesus used a child as an example. In the Jewish culture, being a child was a very scary experience. We should remember that during that time when safe medical procedures and knowledge of hygiene weren’t available yet, infant mortality could be very high, as much as 30 per cent, meaning as many as 3 out of 10 live births would end with the death of the infant. And among the survivors, 6 out of 10 would die before they reached the age of 16. Then in Jewish society, a child had next to no status at all. For a child to be accepted in society, they should be matured enough to read from the Torah. And this was done in an elaborate ceremony marking the transition of a child to an adult. Otherwise, a minor child had a status of a slave. It was even said that if a famine hit the land, children were supposed to be fed last.

However, Jesus loved putting things upside-down to be able to prove a point. By comparing the attitude of the disciples to that of a child, he was effectively insulting them. He even emphasise the need to receive children as if they were receiving Jesus himself. In Jewish hospitality, you only give hospitality to people who can give hospitality back and of course for children, it is impossible to for them to reciprocate any hospitality that is given to them. And yet, we are commanded to do so.

The important lesson of today’s gospel is all about service. The disciples were arguing about who was the greatest among them so that the greatest would be the master where everybody would serve him. However, by Jesus’ emphasis on service as the measure for greatness, by receiving and serving children who have no status in society and could not reciprocate any service given, then we are told that to be great is to serve and not only to serve those who can serve us back but to serve everybody, especially those who are most needy.

The popes throughout the centuries have received various titles describing who they are the office they hold. Some of the many titles were: the Roman Pontiff, the Vicar of Christ here on earth, the head of State of Vatican City, the Bishop of Rome and many others. However, what the pope calls himself is the “Servant of the Servants of God”, a very humbling title for himself. And we should all be like him, for if we want to be greatest in the kingdom of God, we should be the servant of all.